History of the Camino trail.

The Camino de Santiago, also known as the way of St. James, is the ancient Catholic pilgrimage route to the cathedral in Santiago de Compostela in Galicia in north-western Spain.

Legend has it that the bones of the apostle St. James were brought by boat from Jerusalem to northern Spain and are buried under the site of what is now the city of Santiago de Compostela.

The Camino trail has been an important Christian pilgrimage route for over 1000 years and was considered to be one of the three pilgrimage routes on which all sins could be forgiven.

There are many routes to Santiago de Compostela, starting from a variety of points, from as far away as Belgium to as close as 100km from Santiago.

The most popular route is the Camino Frances. The Camino Frances or French way starts on the other side of the Pyrenees in St Jean Pied de Port in France. This route is 798km long and passes along the top of northwestern Spain passing through large cities and ancient villages and hamlets with a wide variety of scenery along the route.

Some chose to walk the entire route and others chose just part of it, the first 100km, the middle section or last 100km. You can even choose to walk, cycle or even ride a horse or donkey. For those with less time, you can take a train or bus across some sections. 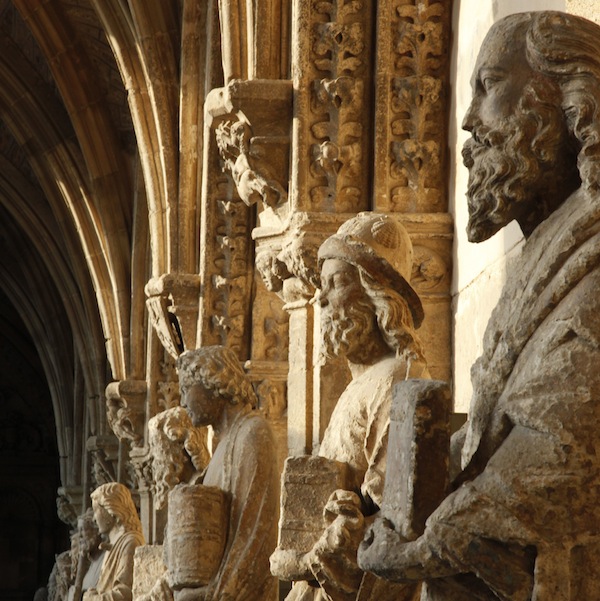 It has an even more ancient history that predates its Christian heritage. Prior to this, the route was thought to have significance for the ancient pagan people who populated the Iberian peninsula, the Celts who settled in northwestern Spain.

Some of the best examples of the mega stone structures aligned to the winter sun solstice can be found in Galicia along with the remains of ancient Celtic villages.

The Romans conquered Spain and the main route follows an earlier Roman trade route to Finisterre (the ‘end of the world’ in Latin) and was a place of immense spiritual significance.

In the centuries that followed the Christian reconquest of Spain from the Moors, the celebration of the triumph of Christianity gave it added significance.

The wealth of Spain increased greatly with the discovery of the new world and the treasure that poured back into Spain and can be seen reflected in the grandiose Cathedrals.

The combined forces of the Protestant reformation, Black Death and political unrest in 16th century Europe, all contributed to its decline.

In the early 1980s, only a few pilgrims could be seen completing the route into Santiago and in the mid- 80’s it was declared the first European cultural route and later on gained UNESCO world heritage status.

The numbers of people completing the journey have increased every year. In 2010, in the holy year of St. James, 250,000 people completed the pilgrimage.

Today a huge variety of people walk the Camino from over 130 different countries.

With history, the mix of nationalities and the scenery, along with the Spanish food and wine paired with the hospitality on the pilgrim route make for a fascinating and unforgettable journey.

Whatever your fitness levels or motivation you can be sure to find the way to suit you.